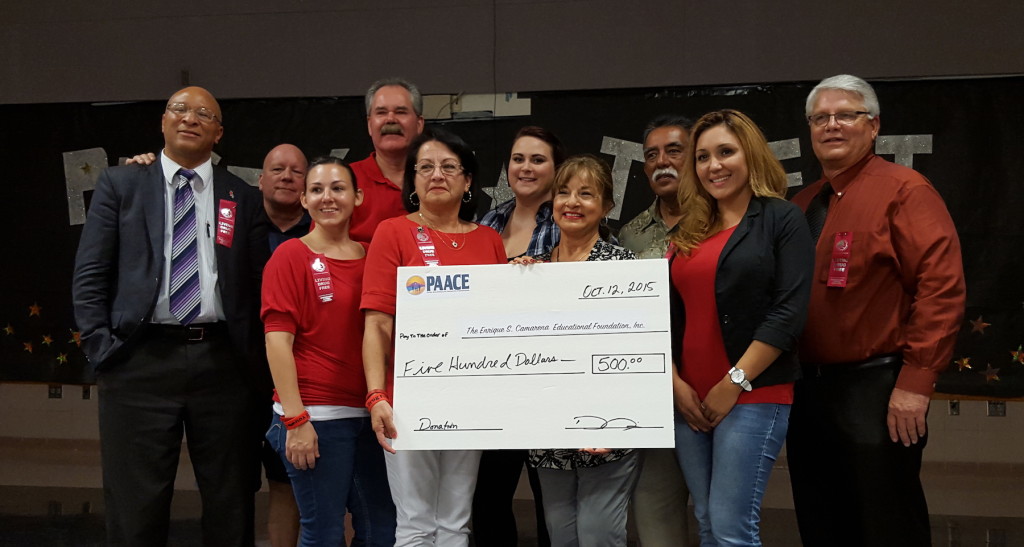 PAACE presented Mika Camarena and the Kiki Camarena Foundation with a $500 donation during her visit to Parker in 2015.

Enrique “Kiki” Camarena grew up in a dirt-floored house with hopes and dreams of making a difference. Camarena worked his way through college, served in the Marines and became a police officer. When he decided to join the U.S. Drug Enforcement Administration, his mother tried to talk him out it. “I can’t not do this,” he told her. “I’m only one person, but I want to make a difference.”

The DEA sent Camarena to work undercover in Mexico investigating a major drug cartel believed to include officers in the Mexican army, police and government. On Feb. 7, 1985, the 37-year-old Camarena left his office to meet his wife for lunch. Five men appeared at the agent’s side and shoved him in a car. One month later, Camarena’s body was found in a shallow grave. He had been tortured to death.

In honor of Camarena’s memory and his battle against illegal drugs, friends and neighbors began to wear red badges of satin. Parents, sick of the destruction of alcohol and other drugs, had begun forming coalitions. Some of these new coalitions took Camarena as their model and embraced his belief that one person can make a difference. These coalitions also adopted the symbol of Camarena’s memory the red ribbon.

The National Family Partnership organized the first Red Ribbon Campaign in 1988. Since that time, the campaign has reached millions of U.S. children.

In 1997, the Texas Commission on Alcohol and Drug Abuse began committing resources to ensure the continuation of the Red Ribbon Campaign in Texas, as well as the hopes and beliefs behind this grassroots effort to protect children from the dangers of alcohol and other drugs. 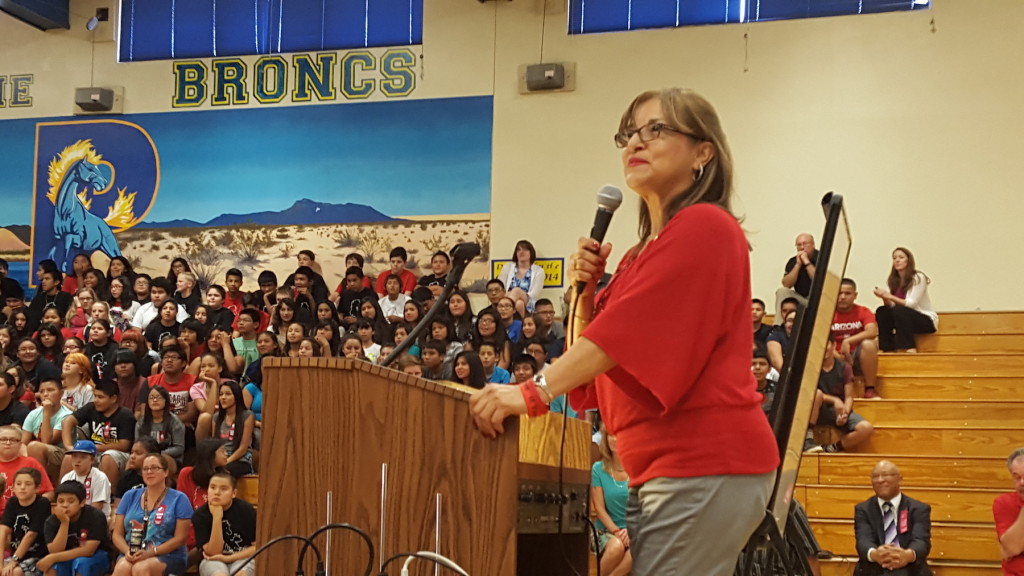 Mika Camarena spoke to students at Parker and Salome High Schools during her 2015 visit to Parker. To find out more information or to support Mika’s mission, visit the Enrique S. Camarena Educational Foundation website.